Welcome to my blog: Courage to be Independent

So this is a dream come true – the majority of registered voters in AZ are independent, and we’re now working with people from other states to give this majority the same rights voters registered to one of two parties have. That’s so we can usher in an entirely new government – one that reflects us, one that listens to us, one that takes our concerns seriously.  And it will be accomplished with no loss of life, no drain of resources…and most of you can take part without leaving your home. 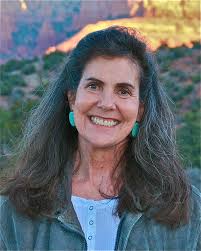 Yes….we vote. This can be the Last Bad Election.

You’ve probably stopped voting out of disgust or despair; you hate what you see happening, and you don’t want to take part in a process you don’t feel good about.  Unfortunately, what that did (and I know this wasn’t your intended consequence) is leave only the most ardent, most extreme voters going to the polls.  So candidates, to win, had to play to the far ends of the spectrum.  That’s how we found ourselves here.

As a career journalist, I covered Arizona politics back when everyone worked together.  I remember with real nostalgia an era of political graciousness.  (Yes, really!)  Jim McNulty was Democrat, Sandra Day O’Connor was Republican, but they would go for Mexican food after a day in the state Senate and figure out how to make things work for everyone.

When Burton Barr was house speaker and Bruce Babbitt was Governor, they’d go at it hammer and tongs on issues – then figure out what benefitted the majority, without thought to having to hurt or mock someone who didn’t share every aspect of their ideology.  Mo Udall and Barry Goldwater were very different, but respectful, and shrewd.  They saw the mutual gain in the CAP and created the means to make it happen together.

We can make this the Last Bad Election in two ways.  First, we can radically swell the voter turnout, and get people’s attention. We can inspire enough people to return to the polls.   It seems to me that if we can, we change the course of our very lives by having sensible, respectful, smart people who may have previously wanted to run for office but knew they wouldn’t get elected, file next time.  The very next election, we can have choices on the ballot we can really feel good about.

Second, we can change how the voting process in Arizona works.  We can approve Open and Honest elections, which would treat all candidates and voters fairly.  Also, we can make people tell us where money to candidates comes from.   I’m proud to be part of a wonderfully varied coalition working on getting these initiatives on the ballot.

So please make this the Last Bad Election.  Vote in it – even if you aren’t overjoyed at the options.  Write in someone!  The important thing is to show up.  If there’s any information you need and you don’t see it here, get in touch.  We want you to join us in what I consider the most important thing we can do for the future.  Vote.

A bit about who I am: an Arizona native who loves the energy and space and independence of this vast wonderful state.   I savor road trips, have never met a cup of coffee I couldn’t drink (although the Gray Hills trading post at 4 p.m. came close) and believe great change happens when regular people are willing to give a little time and energy.  As my part in this, I’ll be talking to — and introducing you to — other Independents who care about giving us the state we want, and deserve.  Get in contact if you are one of those people and want to talk!