Proponents of open primaries are mounting a new line of attack in their effort to weaken political parties’ grip on American elections.

The lawsuit hinges on a specific “anti-donation” clause of the New Mexico constitution. But supporters say the case, if successful, could have ramifications beyond New Mexico, serving as leverage to pressure lawmakers in other closed primary states.

“Politicians, not surprisingly, are reluctant to change a system that they’re comfortable with,” said John Opdycke, president of Open Primaries. “By raising the basic premise that publicly funded elections should be open to everybody, I think can really help both in the courts, but also in legislatures, to create more momentum.” 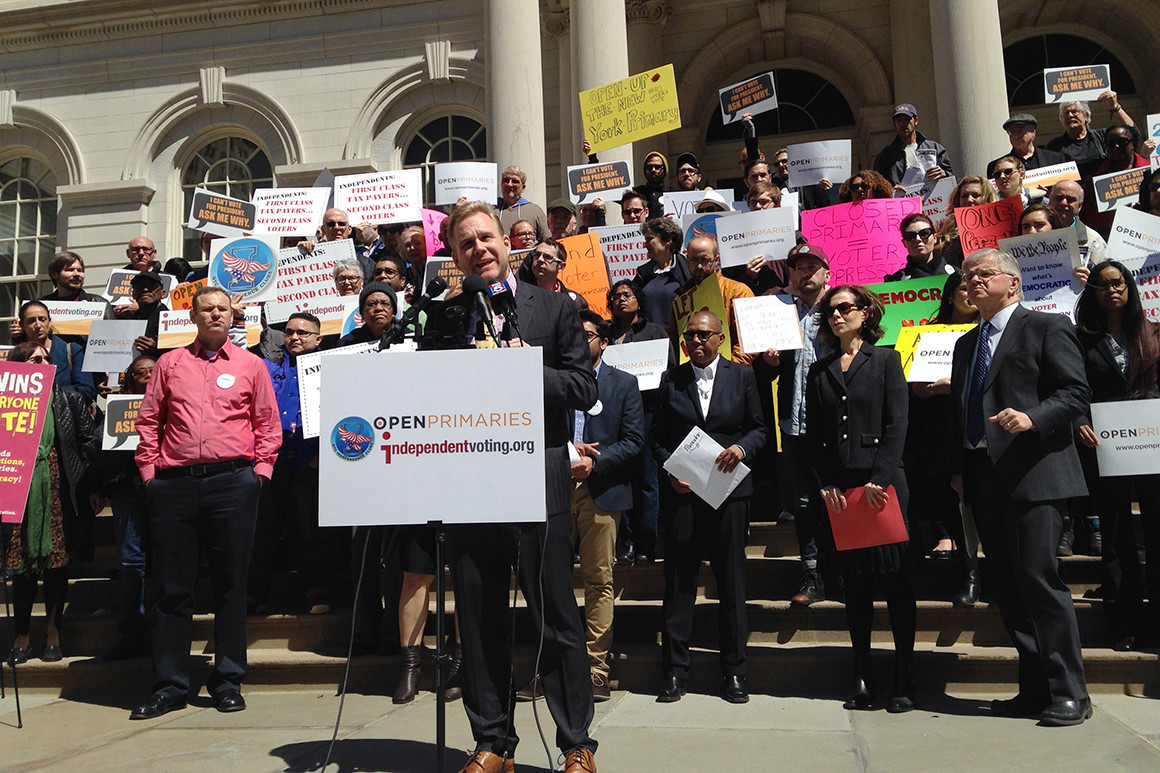 The issue rose to national prominence in 2016, when Bernie Sanders railed against closed primaries as an anti-democratic practice during his unsuccessful run for the Democratic presidential nomination. As he campaigned in the New York — a state with a closed primary —Sanders argued that the practice was “wrong.”

The lawsuit, filed in New Mexico’s Supreme Court, names as a defendant the New Mexico secretary of state, Maggie Toulouse Oliver, who has publicly supported a move to open primaries.

In a written statement to POLITICO, Toulouse Oliver said, “My Office is in the process of reviewing the recently filed lawsuit regarding open primaries in New Mexico but I do support open primaries as they guarantee that every eligible voter has the same opportunity to make his or her voice heard.”

But New Mexico lawmakers have resisted proposals to establish an open primary in previous years, and the New Mexico Supreme Court in 2017 upheld the closed primary practice. Though the court that year considered a challenge based on a different part of the state constitution, it nevertheless cast doubt on the argument that independent voters are disenfranchised.

Registering with a party, the court ruled at the time, “is a reasonably modest burden that furthers the State’s interest in securing the purity of elections and efficiently administering them.”

New Mexico is one of nine closed-primary states, while another seven states allow parties to determine whether unaffiliated voters may participate in their nominating contests, according to the National Conference of State Legislatures.

Twenty-eight states currently hold fully open primary elections or primaries in which unaffiliated voters may participate in any primary they choose, according to the NCSL.

“What we hope to bring with this case is renewed attention on how our primary election system in this country, which is often times run for the benefit of private organizations, has been publicly subsidized for years at the expense of the public,” said Jeremy Gruber, senior vice president at Open Primaries. “If the parties are allowed to be gatekeepers and decide who can and can’t participate, then these are not public elections for the purpose of public funding, and they should no longer be subsidized.”