Arizona Capital Times Opinion: Everyone should have a vote in the presidential preference election

In 2020, qualified independent voters who want to vote in the presidential preference election will be required to join a private organization, a “recognized party,” by February 19 to participate in the March 17 election. One-third of Arizona’s registered voters are independents. To be forced to join a party to vote for the president of all Americans violates the very idea of America. It is civic usury.

It must change – and can. That power rests with the parties themselves. They are private organizations that seek to influence government in specific ways, but they are not an arm of government. They do not own the Constitution; we – all of us – do.

Many Founding Fathers and historians considered America an experiment, based on the idea that people could govern themselves without a dominating force controlling them. It is the “Great American Experiment,” a radical and unprecedented form of self-governance. It will always be severely tested. Believing that only members of political parties should choose our leaders is an affront to all of us.

A pillar of our experiment is our right to vote, about which the Founders provided surprisingly little guidance. Voting arrangements were left to the states, though Congress retained the right to change them. Over time, political parties came to define how elections are conducted. The result is an Alice-in-Wonderland labyrinth of rules established by the parties that control participation in our elections. That has to end.

The history of voter control is convoluted and ugly. Voting rights have been opened up by constitutional amendment, then violated by local and state statutes. Parties blatantly seek to choose voters by tactics such as fostering gerrymandering, enacting arbitrary voting restrictions, operating campaign financing schemes, fomenting political action committees, and in general, playing games with our most basic right of citizenship. “Winning” through such devious means dishonors the principles that define America. It cynically treats our experiment as ill-founded and non-party voters as second-class citizens. It is the ultimate civic hypocrisy. 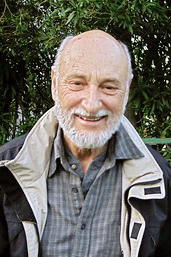 Partly because of these offenses, millions of independent voters in America have opted out of the parties. Many political pundits and party leaders discount them as spoilers who are just disgruntled party “leaners.” It is much more complicated than that.

Some independents are clearly anti-party. Many do identify generally with party policy positions. They also readily cross the partisan divide when they believe it is warranted.

Most independent voters want to tamp down game-playing and ramp up problem-solving. They refuse to vote in strict compliance with party dog- ma. In that, they do not render themselves less of an American. Quite the contrary, in fact.

The parties should bring us their best candidates. Our job – all of us – is to decide if we agree, then vote accordingly. No entity has the right to stop us.

How, then, do we proceed?

The Democratic and Republican parties in Arizona could open the presidential preference election to the 1.26 million independent Arizonans with a flourish of the pen. That is what the Democratic Party did in Nebraska, California, Oklahoma and South Dakota. The Democratic Party in Florida initiated a similar measure now working through counties toward their fall convention (with 80 per- cent support in Miami-Dade County alone!).

Parties’ right to do so is clearly established by the U.S. Supreme Court, despite Arizona’s law to the contrary. It alleges to supersede party rules, a position the Supreme Court rejected 33 years ago!

Why does this matter?

I recently had an awakening by talking with dozens of students at a couple of local colleges. Well over half consider themselves independents. Here comes the future!

The stakes are immense. Officeholders spend un- told hours of time, taxpayers invest many millions of dollars a year, festering problems that go begging for solutions, and many citizens despair of how our “Great American Experiment” is doing.

Can independent voters help rewrite that script? Yes. Our experiment needs all the friends it can get. Tell your party leaders – Democrat Felecia Rotellini and Republican Kelli Ward –that you expect better from them by opening up the presidential preference election now!

Just let voters vote. All of us.

Alfred Bell is a Peoria resident and is a leader in the independent voter movement in Arizona.