We are two of the 1.2 million independent registered voters in Arizona who pay taxes that fund the Arizona Presidential Preference election but are forbidden from participating in it unless we re-register.

This prohibition unnecessarily silences the voice of eager young voters. As eager young voters who recognize that our society is continuously changing, we find it difficult to entirely agree with the left or right side, which is why we take the utmost pride in being registered independent voters in the state of Arizona. Unfortunately, in Arizona, registered voters are only able to vote for their designated party in primary elections, creating an unfair system discriminating against registered independents.

When it comes to the primary elections, our state is facing unjust barriers. Instead of being heard many voices are continuously silenced. Some argue in order to make sure their vote counts that one can change party affiliation. Some independents do switch party affiliation to vote in Presidential Preference elections; however, no voter should be forced into switching their political stance in order to have a voice heard in elections. In addition, many independent voters only learn about this prohibition a few weeks before the election and by then it’s too late to change your party registration.

What kind of message do we send to young people energized to have their voice heard by a Presidential election, only to be told, sorry you can’t participate?

How can we rectify this situation and create a fair voting system that better reflects the people of America? The answer is SB1057: a bill that would allow independents to vote in Presidential Preference elections. 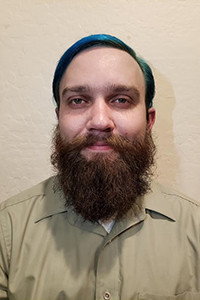 This initiative is not the first time people have pushed for independents to have the ability to vote in primaries. In 2016, petitions signed by 30,848 registered independent voters were delivered asking the heads of the state Republican and Democratic parties to allow them to vote. In 2017, former Rep. Ken Clark introduced HB2350 to allow independents the ability to vote in primaries. Unfortunately, it was not put to a vote.

We urge that SB1057 receive legislative action, it is long overdue that we have the Presidential Preference election open to all voters in Arizona, just like our statewide primaries.

Although independents make up one-third of Arizona’s registered voters, this group often goes unnoticed and unheard before and during Presidential Preference elections.

This growing young generation must not be underestimated. Everyone deserves the power to exercise their right to be heard. 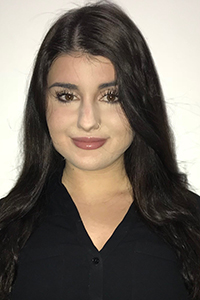 Voting in this country is more than a passion or responsibility; it is a constitutional right that allows the people of America to change the future of our country. We must eliminate these unethical voting barriers that independent voters face. Whether it be college students like us or an elderly citizen, every voice deserves recognition, regardless of their political standpoint.

Let us all bring awareness to these underrepresented voices, and make our voting system better for ourselves and future generations to follow.

Independent voters deserve a voice.  It all starts with SB1057.

Guy Tiano is a veteran of the U.S. Army, a registered independent, and a junior at Arizona State University majoring in Public Service and Public Policy(Emergency Management and Homeland Security).

McKenzie Sadeghi is a registered independent, and a sophomore at Arizona State University majoring in Journalism and Mass Communication.

(Editor’s note: The bill is effectively dead because it did not receive a hearing by the deadline of Feb. 21).